Join Us For Aggie Mom Camp! 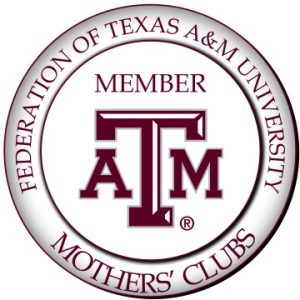 Our Aggies have Fish Camp or T-Camp to aid in their transition from home to college life and to introduce them to the traditions of Texas A&M University. Aggie Moms also have CAMP!

In addition, we have loads of fun! There are campus tours, group sessions, skits, shopping, and lots of bonding with both “old” and “new” Aggie Moms.

Join us for Aggie Mom Camp to meet other Aggie Moms and have a wonderful weekend in Aggieland!

We want YOU to join us in

Pass it back, Aggie Moms — the Aggie Mom Camp Registration Form for 2016 is now available!