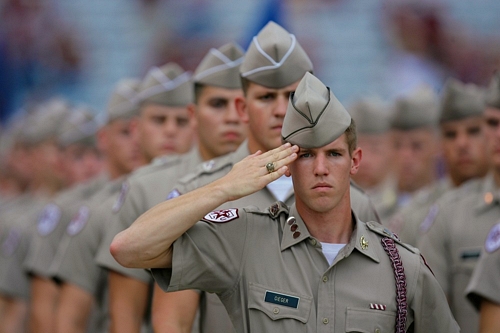 The Corps of Cadets (or the Corps) is known as the "Keepers of the Spirit" for its staunch defense of Aggie traditions.  The Corps is a link to the early days of Texas A&M's history as a military institution, when all students were required to be members and receive military training.  Although membership in the Corps became voluntary in 1965, Texas A&M historically has produced more military officers than any other institution in the nation, except for the service academies.  Members of the Corps have served in every armed conflict fought by the United States since 1876, and more than 200 of its graduates have become generals or admirals.  More Aggies were commissioned and fought in World War II than men from West Point or Annapolis.

As of fall 2007, the Corps is composed of two Air Force Wings, three Army Brigades, and two Navy and Marine Regiments, in addition to a Task Force of special units and veteran-based outfits, as well as the Fightin' Texas Aggie Band, whose members may be affiliated with any military branch.  Among its notable units is Parson's Mounted Cavalry, the only mounted ROTC unit in the United States.  The Ross Volunteer Company, the oldest student-run organization in the State, is the official honor guard for the Governor of Texas.  The Fish Drill Team, a precision, close-order rifle drill team composed entirely of Corps freshmen, represents the Corps and A&M in local and national competitions.  They have won the national championship almost every year since their creation in 1946, and have appeared in several Hollywood productions with prominent roles in the movies A Few Good Men and Courage Under Fire.Corps 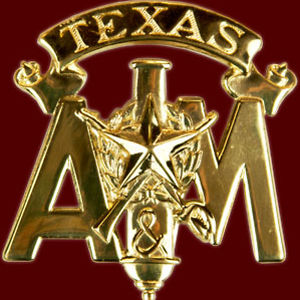 The Corps of Cadets at Texas A&M is not just another ROTC unit that might be found at most campuses.  The 2,200 men and women of the Corps form the largest uniformed body of students outside the U.S. military academies.  Although cadets can earn commissions as military officers, membership in the Corps itself carries no military obligation. In fact, only about 30 percent of graduating cadets are commissioned, while the rest pursue civilian careers.  The Corps has more to offer than just military training.  It is a tightly-knit group of students that offers camaraderie, as well as leadership training that is useful in all post-college careers.  The Corps of Cadets teaches leadership within the framework of a military organization.  The Corps has its own distinctive uniform, dedicated residence halls and dining facility, the Sam Houston Sanders Corps of Cadets Center – a museum-like meeting hall – and its own unique organizations.  Students who join the Corps enjoy a best of both worlds' atmosphere, living in a military academy environment while attending classes with the rest of their fellow students at a contemporary major university.

Members of the Corps are often referred to as "C.T.s", which stands for "Cadet in Training," or, in cruder terms, "Corps Turd." Freshmen in the Corps are required to "whip out" to upperclassmen.  This tradition requires the freshmen to extend their hand and introduce themselves to the upperclassman.  From then on, they are expected to know the name of the person to whom they "whipped out."  The tradition applies only to upperclassmen in the Corps, and not to "non-regs", students who are not in the Corps.

One of a senior cadet's most cherished possessions are his Senior Boots.  Only seniors are allowed to wear these knee-high riding boots, and most consider receiving their boots to be a rite of passage.  All Senior Boots are custom-made to fit the cadet and are a dark tan to brown color.  Students wear their Senior Boots for the first time after Final Review as juniors while saluting the outgoing seniors.  Final review is a full military review that takes place at the end of the Spring semester on Simpson Drill Field, and is in two parts.  The entire Corps march past a reviewing stand, which consists of high ranking military and university officials, for inspection. The Corps then returns to their dorms to change into the uniforms they will wear the following year, with the juniors donning their Senior Boots.  The freshmen, 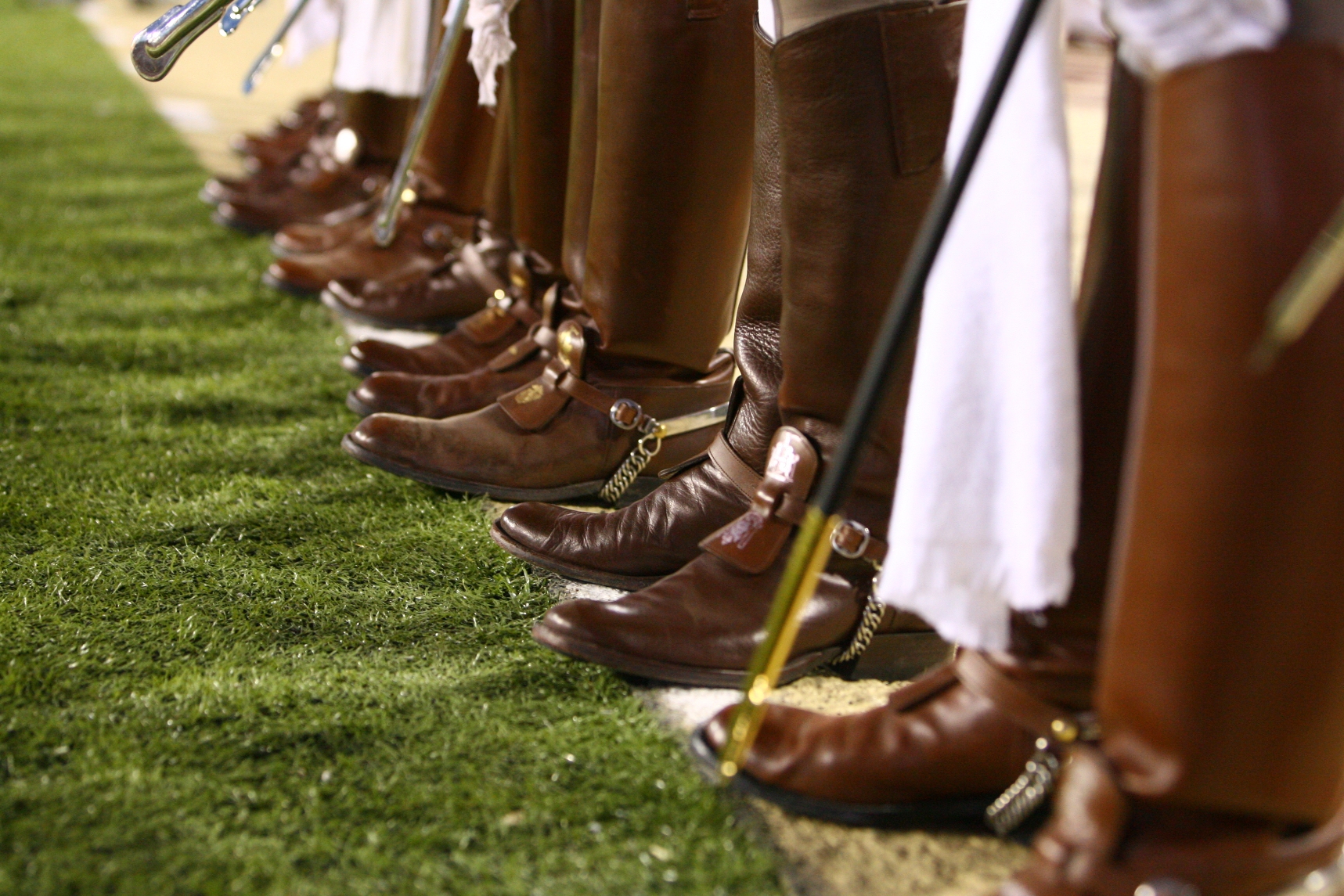 sophomores, and juniors then march in formation past the reviewing stand, which is now filled with the senior cadets, saluting their former leaders.  As Final Review ends, so ends the Corps of Cadets for that academic year.  The Corps does not operate as a unit during the summer months but begins again with the start of the Fall semester.